Slavonski Brod/Zagreb, March 23, 2021 – With the donation, which was realised as a part of her humanitarian project "Doing Good Every Day", PBZ Group, part of the Intesa Sanpaolo Group, enabled the purchase of ultrasound colour Doppler device for the Department of Paediatrics of the General Hospital "Dr. Josip Benčević” in Slavonski Brod. The new ultrasound device worth HRK 499,912.50 shall enable better diagnostics and treatment of small patients in Brod-Posavina County and is one of the many medical equipment donated by the Group to paediatric wards and children's hospitals in Croatia for better health care of children exposed to neurorisk.
"We thank the PBZ Group for the valuable donation that enabled us to purchase a state-of-the-art ultrasound device that will greatly facilitate and improve the daily work of our employees in the Department of Paediatrics and raise the level of care of our young patients," said Josip Samardžić, PhD MD, principal of the General Hospital "Dr. Josip Benčević“.
The Department of Paediatrics of the Hospital in Brod treats premature infants of 34 weeks and less, including many children exposed to neurorisk, who are at risk of developing speech, motor, concentration and learning disorders to the development of mental retardation and cerebral palsy. The department annually takes care of about fifty high-risk children and many low-risk children.
"Thanks to this state-of-the-art ultrasound device, we are able to diagnose and monitor early changes in brain ultrasound and thus include children in the group of low or children exposed to high neurorisk in the early neonatal period. The device allows us to diagnose changes in the central nervous system and congenital heart defects as well as digestive and renal anomalies", said Ivan Krajinović, PhD MD, Head of the Department of Paediatrics.
"I am glad that we granted our donation to the General Hospital in Slavonski Brod, and I hope that it shall help the staff, parents and small patients of Brod-Posavina County. This is the 55th donation we have granted as a part of the "Doing Good Every Day" project, thus enabling the purchase of various equipment for paediatric wards and children's hospitals and children's homes throughout our country. As a part of this project, we have equipped the paediatric wards of seven of our hospitals with modern ultrasound devices, from Brod, Koprivnica, Požega and Vukovar to the Merkur Clinical Hospital, CHC Zagreb and the Special Hospital for the Protection of Children with Neurodevelopmental and Motor Disorders in Zagreb's Goljak", said Mislav Blažić, President of the Management Board of PBZ Card.
The donation to the General Hospital “Dr. Josip Benčević“ in Slavonski Brod is a part of socially responsible business project of the PBZ Group, a member of the Intesa Sanpaolo Group, which the PBZ Group has been implementing for more than twelve years under the name "Doing Good Every Day". Thanks to the funds gathered for the respective project, PBZ Group provides aid to two national projects for the benefit of children and young people: "Monitoring the Children Exposed to Neurological Risks” initiated by the Ministry of Health and “For a Better Life for Children in Social Care Homes” initiated by the Ministry of Labour and Pension System, Family and Social Policy and meets the actual needs of our community in a way that for every transaction made with Visa Card with a Heart it donates one Croatian Kuna, without additional cost for its users. The group has so far raised more than HRK 23 million and made a total of 55 donations, including children's hospitals and paediatric wards and social care homes throughout Croatia. More information on the project’s results may be found at www.cinimdobro.hr. 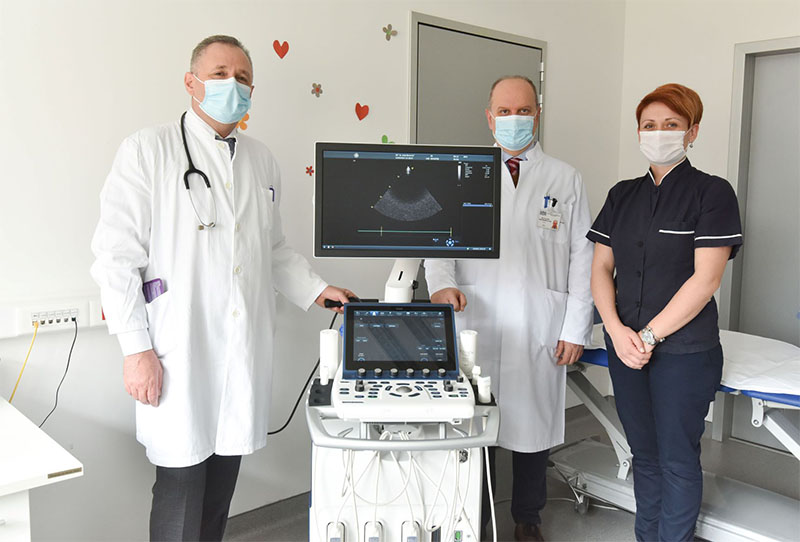 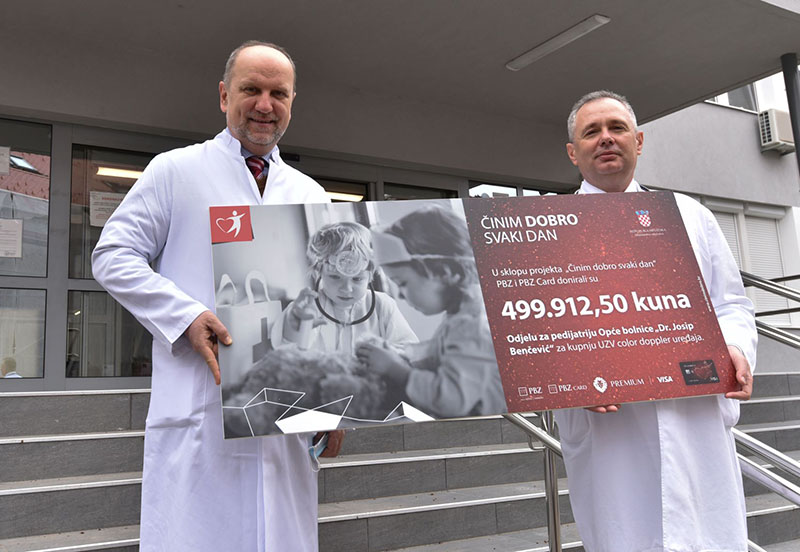